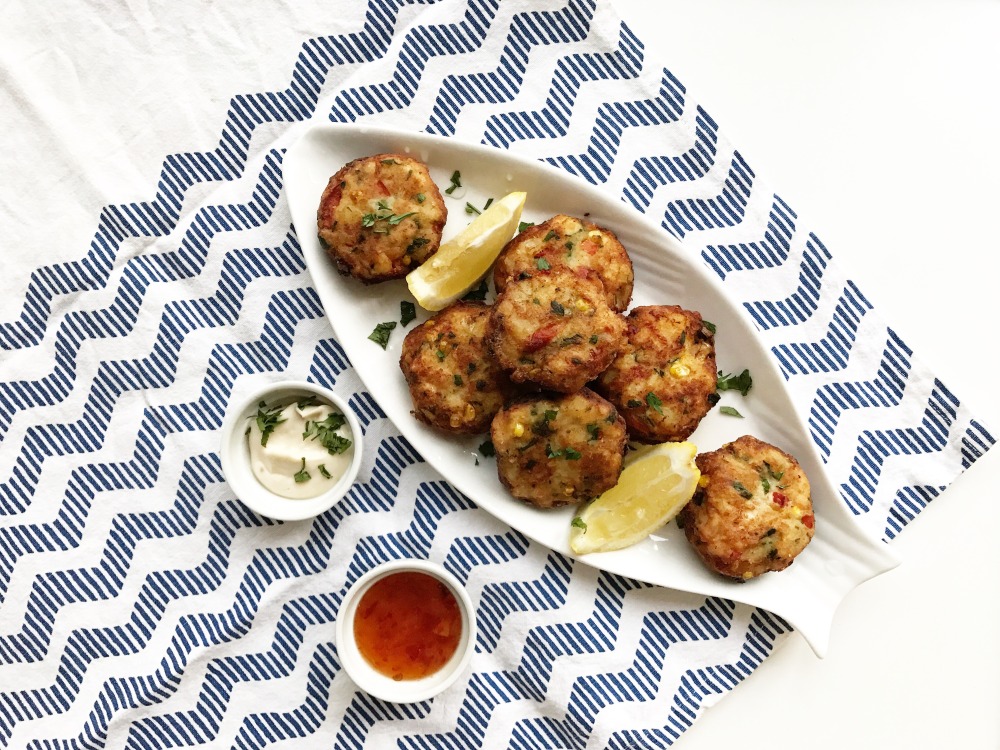 Living with a man who hate all seafood isn`t easy. Though he loves fish and chips (as per him this doesn`t taste fishy) I can`t let him eat anything else. I made him eat sushi when we first met, and he is now converted tuna lover- BIG deal! This fishcakes were another attempt and hopefully big success.

The challenge here was the type of fish I can use as Tom would not eat salmon as it`s too fishy, crab is also off the list. I was ready to opt for the cod, but there wasn`t any at the supermarket, so what are my options?! Nile Perch! I have no idea about this fish, not sure if I ever tried it myself,but the meat looked white and very similar to the cod, so I decided to take the risk.

It was a winner! The meat wasn`t fishy at all, in fact it was with really  pleasant creamy taste. Mixed with potatoes, and deep fried I was almost certain Tom will not only eat it but also like it. I decided to serve it with simple mayo and Worcestershire dip and some store bought spicy pineapple sauce.